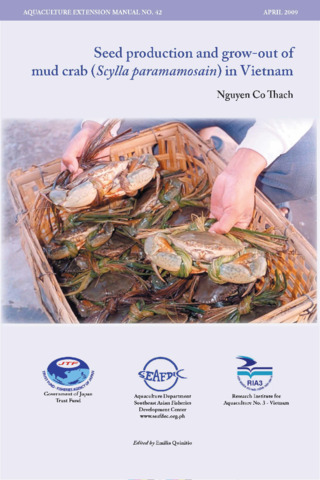 This manual provides information on the biology and techniques in the larval rearing, nursery and grow-out of the mud crab Scylla paramamosain.