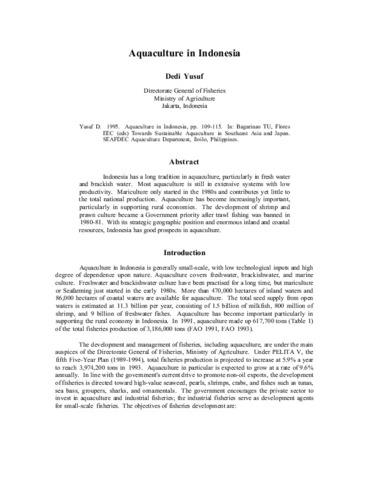 Indonesia has a long tradition in aquaculture, particularly in fresh water and brackish water. Most aquaculture is still in extensive systems with low productivity. Mariculture only started in the 1980s and contributes yet little to the total national production. Aquaculture has become increasingly important, particularly in supporting rural economies. The development of shrimp and prawn culture became a Government priority after trawl fishing was banned in 1980-81. With its strategic geographic position and enormous inland and coastal resources, Indonesia has good prospects in aquaculture.