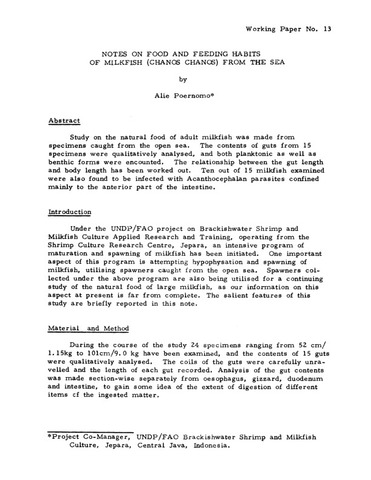 Study on the natural food of adult milkfish was made from specimens caught from the open sea. The contents of guts from 15 specimens were qualitatively analysed, and both planktonic as well as benthic forms were encounted. The relationship between the gut length and body length has been worked out. Ten out of 15 milkfish examined were also found to be infected with Acanthocephalan parasites confined mainly to the anterior part of the intestine.