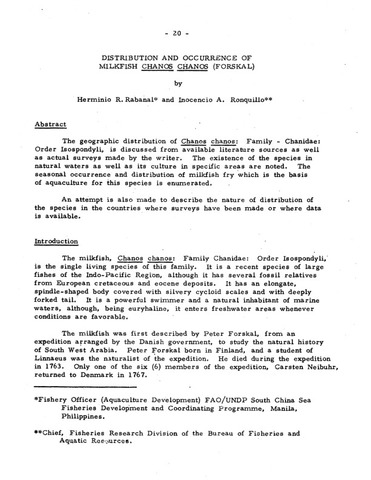 The geographic distribution of Chanos chanos; Family - Chanidae: Order Isospondyli, is discussed from available literature sources as well as actual surveys made by the writer. The existence of the species in natural waters as well as its culture in specific areas are noted. The seasonal occurrence and distribution of milkfish fry which is the basis of aquaculture for this species is enumerated. An attempt is also made to describe the nature of distribution of the species in the countries where surveys have been made or where data is available.