Nursery and grow-out culture of the abalone Haliotis asinina on a reef flat: A comparison of growth and survival using different culture containers 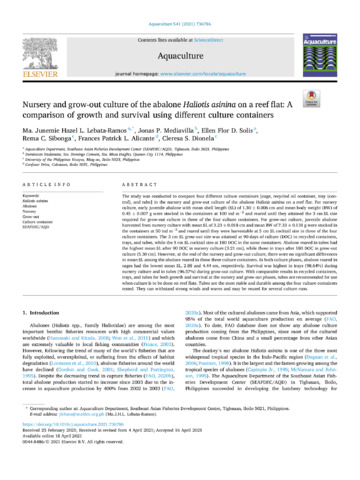