Protein-degrading bacteria in the sediments of caged and uncaged sites of Lake Taal, Batangas, Philippines 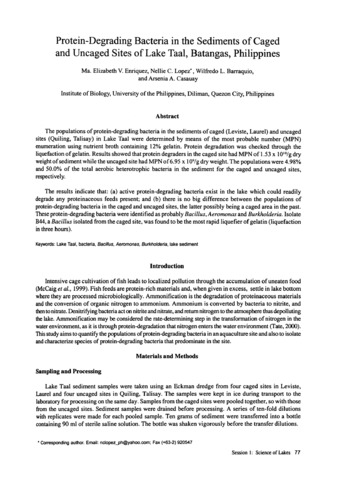