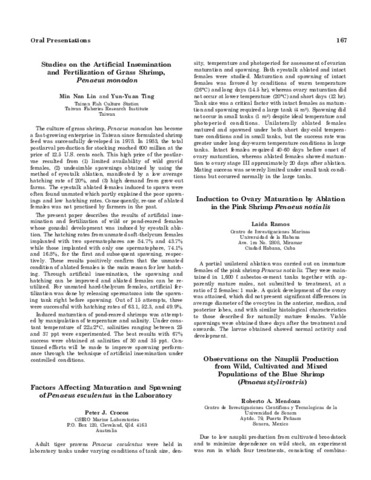 A partial unilateral ablation was carried out on immature females of the pink shrimp Penaeus notialis. They were maintained in 1,600 ℓ asbestos-cement tanks together with apparently mature males, not submitted to treatment, at a ratio of 2 females: 1 male. A quick development of the ovary was attained, which did not present significant differences in average diameter of the ovocytes in the anterior, median, and posterior lobes, and with similar histological characteristics to those described for naturally mature females. Viable spawnings were obtained three days after the treatment and onwards. The larvae obtained showed normal activity and development.