The use of mangroves for aquaculture: Philippines 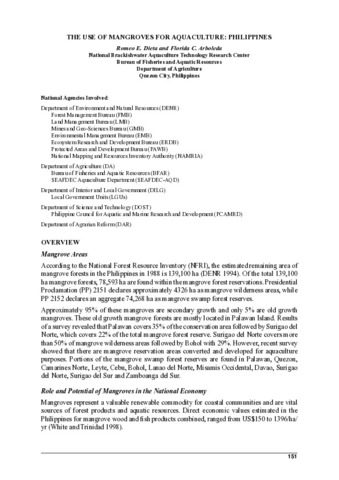