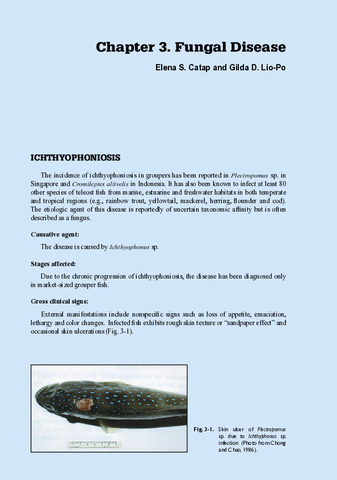 The incidence of ichthyophoniosis in groupers (Epinephelus) has been reported in Plectropomus sp. in Singapore and Cromileptes altivelis in Indonesia. It has also been known to infect at least 80 other species of teleost fish from marine, estuarine and freshwater habitats in both temperate and tropical regions (e.g., rainbow trout, yellowtail, mackerel, herring, flounder and cod). The etiologic agent of this disease is reportedly of uncertain taxonomic affinity but is often described as a fungus.